Miscellaneous tidbits from Commencements past:

Evabelle Simmons, the daughter of Wake Forest College bursar William Gaston Simmons, completed the requirements for a degree in 1888. However, the Trustees refused to award her a diploma. Two years later, they reversed the decision, and on June 12, 1890, Simmons became Wake Forest’s first woman graduate.

June 4, 1962 was a busy day for Clyde Glosson and Janice Howell. In the early morning, Clyde received his ROTC commission. A little later, they both received bachelor of arts degrees at commencement exercises. At 4 p.m., they were married.

Student marshals traditionally have been available to help guests at graduation exercises. It was not until 1965, however, that their authority was questioned. At that year’s exercises, a marshal was “caught by the collar” by a guest who demanded to be seated even though he did not have the required ticket. Marshals have been required to wear black and gold sashes ever since.

The first commencement held off campus was on May 20, 1991, when rain forced the customary outdoor graduation exercises into the Lawrence Joel Veterans Memorial Coliseum. Rain also forced commencement to move to Joel Coliseum in 2010.

The last class to … 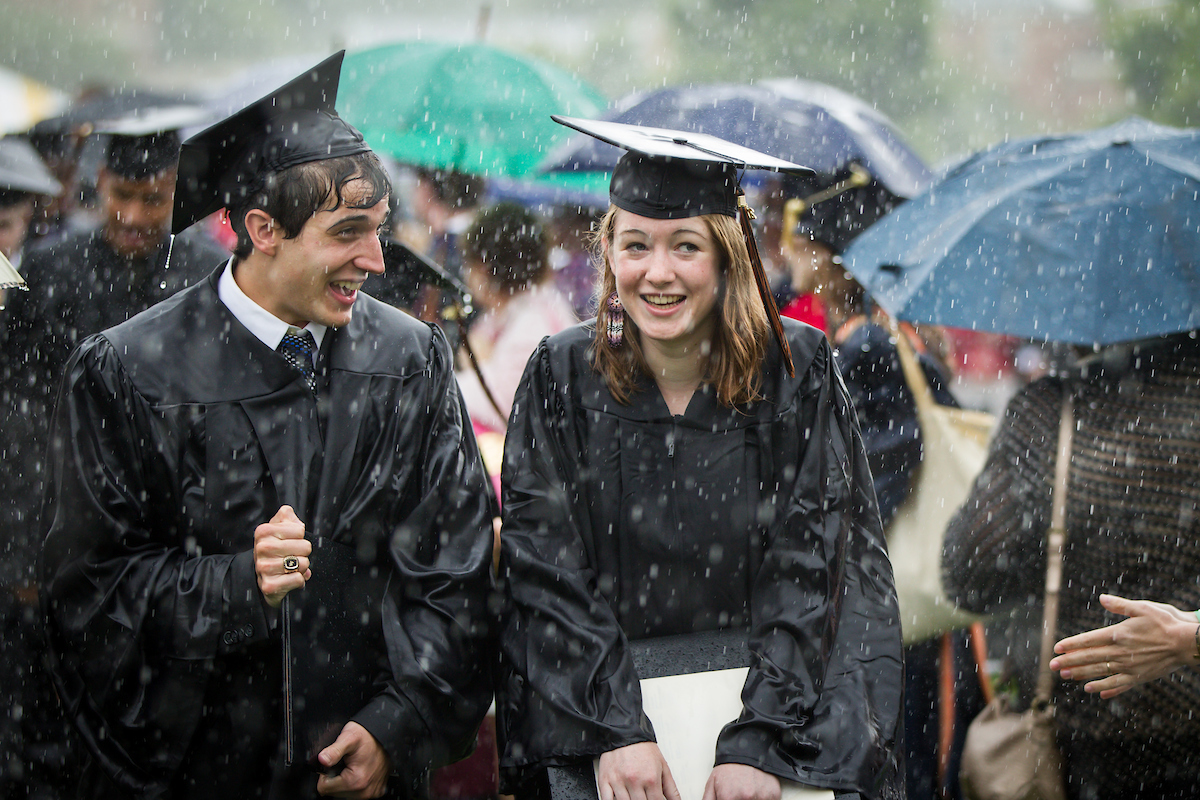 Number of graduates in the first graduating class, 1839

Number of graduates in 1843

Number of honorary degrees awarded in 1934, the most ever

Age of Eustace Norfleet when he received at B.A. degree in 1949. He is believed to be the oldest graduate.