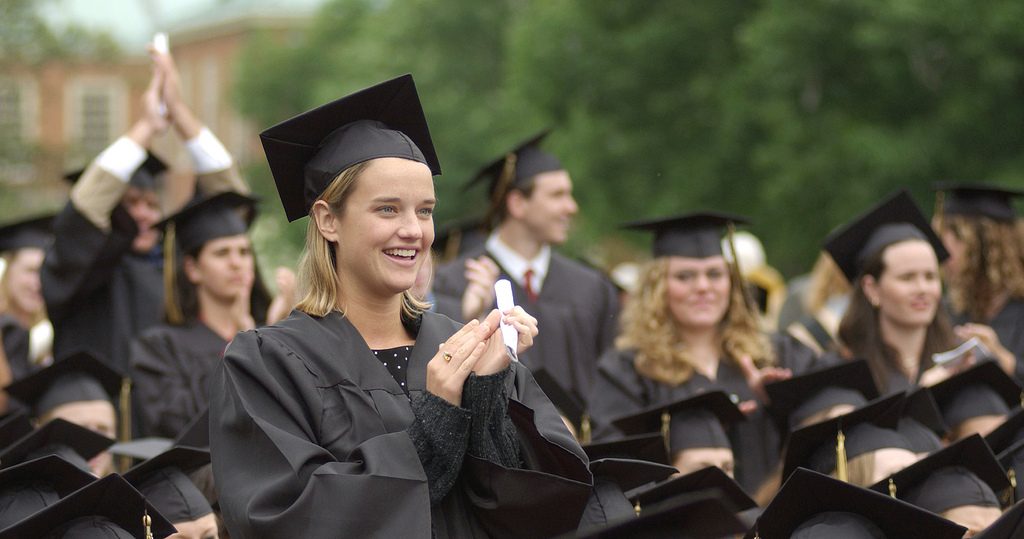 New York City Mayor Michael Bloomberg assured Wake Forest University graduates during their May 19 commencement ceremony that they will get a job, despite the uncertain job market they are about to enter.

“Unlike the graduates of the dotcom era, you don’t have the disadvantage of thinking there’s something for nothing,” Bloomberg said. “You’ll be entering the job market with realistic expectations. You’re going to have to work, and you know it.”

Bloomberg gave the university’s 161st commencement address to 1,478 graduates and more than 11,000 friends and family who gathered outdoors on the university’s main Quad. The university awarded Bloomberg an honorary doctor of laws degree during the ceremony.

Bloomberg told students that even if their first job is not the job of their dreams, they must convince themselves that it is.

“When you select a job, don’t worry so much about your salary,” Bloomberg said. “Even though you’re going to have to pay the bills, your first job should be something that will teach, expand, humble and exhilarate.” 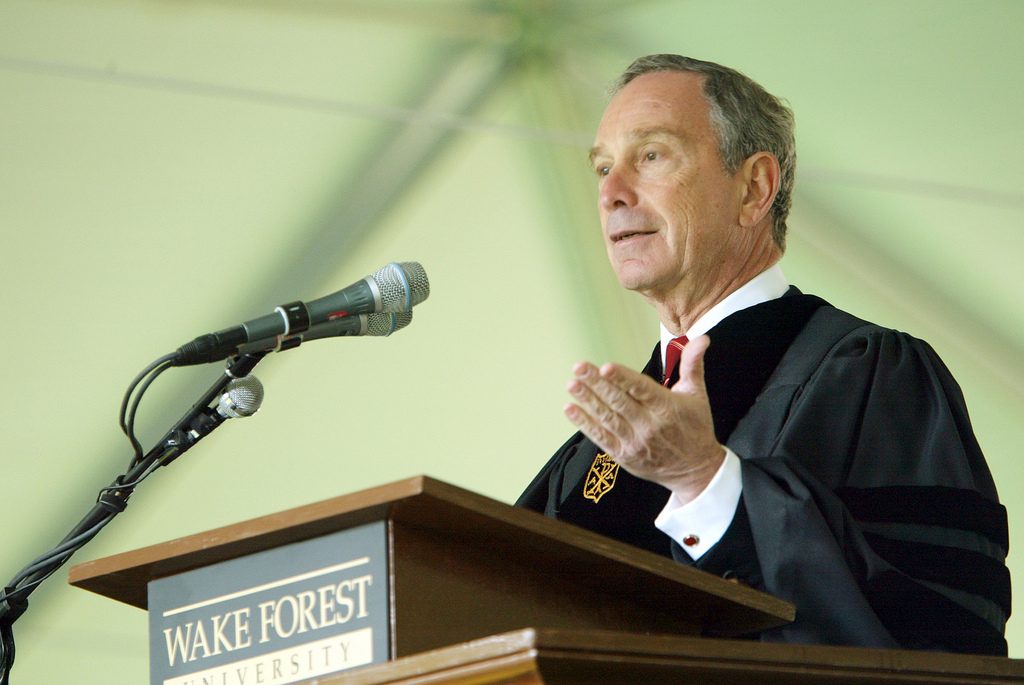 Using himself as an example, Bloomberg told graduates that their career paths are not likely to follow a straight line. Bloomberg’s career started on Wall Street with the financial firm Salomon Brothers where he became partner in 1972. He was fired in 1981 when another company took over. Using his experience with Salomon, he started his own information services, news and media company, Bloomberg L.P. In 2001, he moved to public service, when he ran for the office of mayor of New York City and won, despite doubting political experts.

He challenged Wake Forest graduates to find their own opportunity to go against conventional wisdom and find the courage to try something new.

“Even back then after getting fired [from my Wall Street job], I was an optimist,” Bloomberg said. “I was like the kid who came home, found his bedroom floor covered in horse manure and got a big smile on his face because he knew there was a pony in there somewhere. Believe me, there are times at city hall these days when it’s hard to find the pony among the manure, but I’ve found that those who succeed in life usually do.”

Bloomberg addressed his political critics in the speech, saying that he has to have the strength to stand by tough decisions.

“Since I left graduate school, I’ve been an employee, an entrepreneur, an employer and now a mayor,” he said. “I have been hired, fired, lauded and vilified. But, as far as I’m concerned, even at age 61, the best is yet to come.”