The Art of Conversation 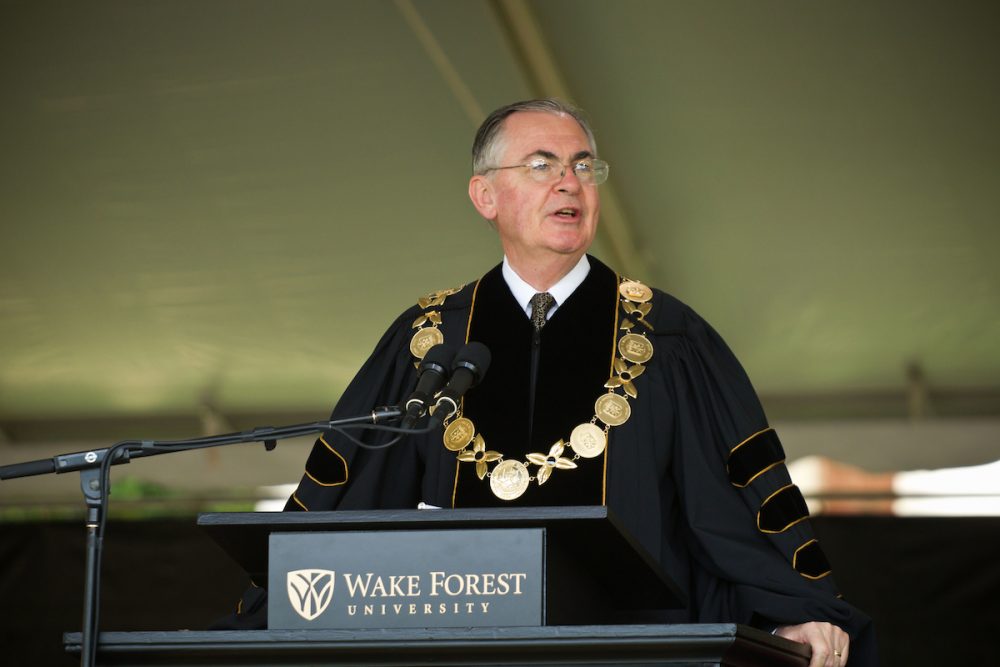 We live in a marvelous, almost magical age of connection.  The great allure of our generation is to connect.  The total number of mobile phones in the world has gone from about 500 million at the beginning of this century to approaching 6 billion today. A study from the Pew Research Center tells us that half of American teenagers between 12 and 17 send 50 or more text messages a day, and one third send more than 100 per day. Fifty-four percent of these students said they text their friends at least once a day, but only 33 percent said they talk to their friends face to face on a daily basis.

Most of us have bought into the magic of digital connection.  There is a real thrill to instant access anywhere to music, to news, to videos and television.  I use the Slingbox device to watch home television channels from a cabin in Idaho. I have my entire music library on my iPhone, and I can turn on James Taylor, U2, Willie Nelson, Norah Jones, the Blind Boys of Alabama, Bach or Beethoven anywhere, at any time.  If I have a free moment, I can email, send text messages, read the Wall Street Journal or New York Times, check football scores, or play solitaire.  I regularly download books from Kindle.

I take great pleasure in my iPhone and iPad, which, as their ad says, “provides the power to select what you hear, when you hear it, and where you hear it.”  I am in charge.  I have a million places in the palm of my hand.

These marvelous devices have allowed me to customize my life; and this spring, at the suggestion of some members of this graduating class, I have even begun tweeting.  From morning until night, I have come to live something of a plugged-in life.  This wondrous technology has clearly changed many of my daily habits—as I am sure they have yours.  The larger question is have they actually begun to change who we are and who we are becoming.

It is in this context that I want to speak to you for a minute about the art of conversation.   For a place like Wake Forest, conversation is at the heart of what we do because it combines ideas and human interaction, the intellectual and the personal.  Someone has said that a great conversation across a table is worth a month’s study of books.  The art of conversation involves engaging the mind of another; it involves listening; it requires patience.  The lives of friends and colleagues are messy and conversing with them—coming together—requires being fully present.

In this sense real conversation is a deeply moral act, an act of character, because it means that I go beyond myself to be interested in my friend or to explore the views and feelings of someone I may not understand.  Human relationships are rich but demanding.  They require caring.  In conversation we are called upon to see things from another’s point of view.  We are forced to rethink cherished assumptions.  We are not completely in charge.

There has never been more digital connection, but I fear that we are crowding out conversation.  Yogi Berra supposedly said:  “It was impossible to get a conversation going; everybody was talking too much.”  In our case, we could say that conversations are impossible because we are texting, tweeting, and friending too much.  Sherry Turkle has said that “we are tempted to think that our little “sips” of online connection add up to a big gulp of real conversation.  But they don’t.” ¹

One problem is that we are threatened by continuous partial attention. We go to a lecture or meeting and text.  We sit at meals but in a constant state of potential interruption.  Our first obligation becomes responding immediately to anyone in our network reaching out to us.  Digital connection makes it hard to focus on anything for very long—particularly the friend across the table.  One student even confessed an important new talent:  maintaining eye contact with someone while you text someone else.

There is an enticing, even intoxicating, luxury in this kind of control.  The device gives me license to tend to my own affairs anytime, anywhere. I have a ready excuse to forgo what is going on around me and retreat to my own connected world, one in which I alone am sovereign.

The danger, of course, is that we erode our capacity to listen, to empathize, and to focus on other people and other issues that do not strike our fancy.  We become less adept at the art of conversation on which genuine friendship and community depend.   We may have throngs of people who add us to their networks or follow our updates, but, when the chips are down, who really knows and cares for us, friends who will stand with us when times get tough, who know us well enough to revel in our accomplishments, and drop their plans when we are in trouble.

The art of conversation is also essential for leadership.  Nothing destroys trust faster than someone feeling they have not been heard, that a leader’s mind is so cluttered, preoccupied, or interrupted that he or she is not fully present.  Leaders have to know how to break out of the bubble of their own preoccupations and manifest real interest and empathy in others, in a community larger than themselves.

So as you leave Wake Forest, nurture the art of conversation.  Engage people around you; look them in the eye; and give them your heartfelt attention.  At least for a while, ignore the vibration or beep. Take deliberate steps to create sacred space for conversation, at meals, over coffee or tea, or ambling through the woods—when you and others can engage each other at length, in depth, and without interruption.  Such conversations will nurture your soul and enrich your life.  They will also expand your capacity to dream about the good of others, and that is the essence of pro humanitate.

[1] Sherry Turkle, “The Flight From Conversation,” New York Times, April 21, 2012; and Alone Together: Why We Expect More from Technology and Less from Each Other (New York, 2011).