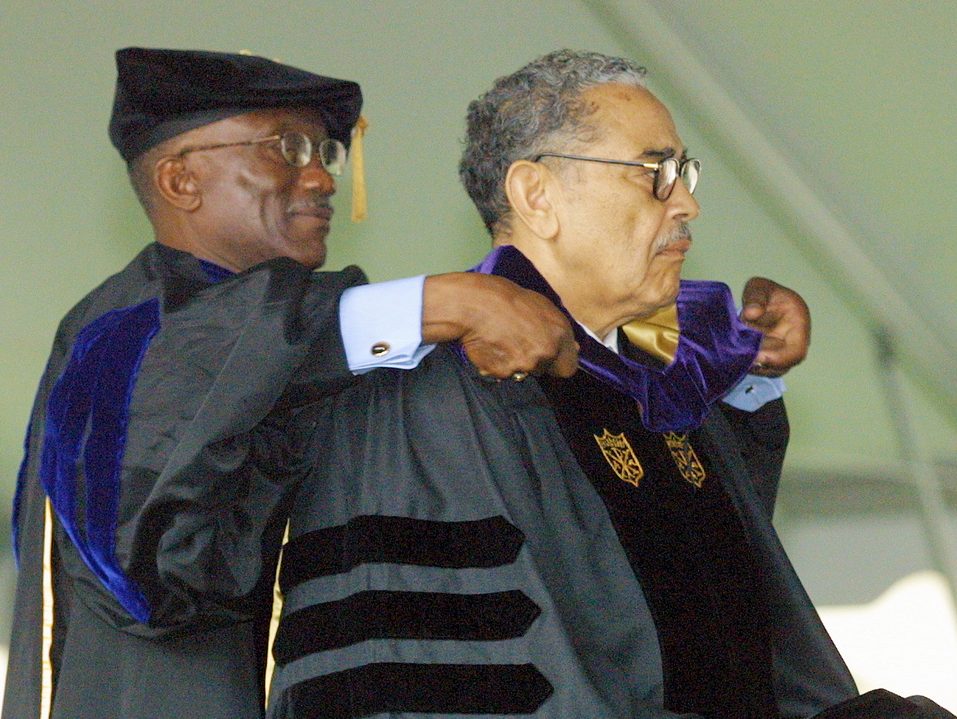 Wake Forest University awarded William P. Hytche an honorary doctorate of laws degree during its 159th commencement ceremony on May 21.

Hytche, president emeritus of the University of Maryland Eastern Shore (UMES), is credited for the revitalization of the historically black university. During his 21-year term, enrollment tripled, the curriculum was revamped, grants to the university increased and the university became the centerpiece of the Delmarva Peninsula.

Hytche came to Maryland State College in 1960, after teaching in Ponca City, Okla., and at Oklahoma State University. He taught math at UMES, chaired the math department, was dean of student affairs and chair of the division of liberal studies before being appointed as acting chancellor of the university in 1975. The next year he became the permanent chancellor.

Former President George Bush appointed Hytche to the President’s Board of Advisors on Historically Black Colleges and Universities. Hytche was also co-chair of the USDA/1890 Task Force and chair of the Council of 1890 Presidents/Chancellors from 1985-1990. He has traveled extensively as a part of a cooperative partnership program between UMES and African and Asian countries. He has also been a United States representative to several East and West African countries.