Because service in World War II was the central experience in the lives of both our fathers, now deceased, Laura and I shared a lifelong desire to visit Normandy, the site of the D-Day Invasion which led to the liberation of Europe. We took our first opportunity to go. 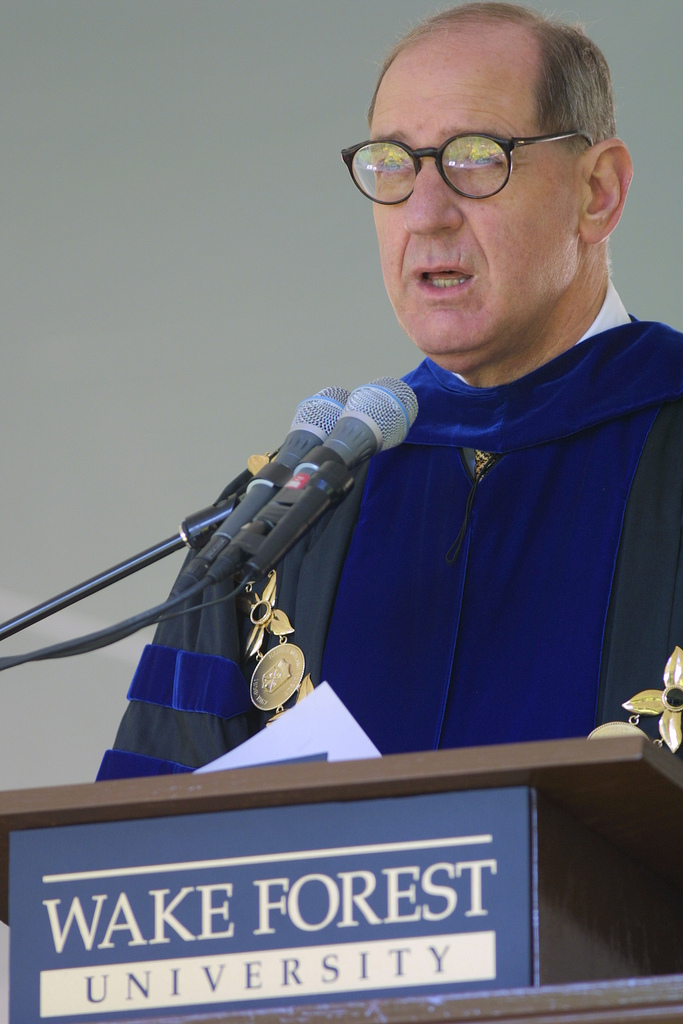 The visit was an experience to which the much abused word “awesome” rightly applies. That solemn pilgrimage is at once awful and awesome. The Normandy beaches, the invasion site itself, are witness to the overwhelming achievement of D-Day in human and military terms. The surf is rough, the beaches are narrow, the cliffs above are high, and on those heights the defenders had heavy weaponry protected by concrete bunkers. The gaps through which men and equipment might pass up and forward from the beaches were narrow and heavily fortified. At places like the Pointe du Hoc, Army Rangers scaled sheer cliffs in the face of withering fire from above.

How could this D-Day undertaking have been accomplished? The invasion required courage and human resolve beyond all imagining. Our fathers had that courage and resolve.

Another overwhelming moment came at the American cemetery – a quiet, immaculately green and hallowed space where row upon row of simple white crosses and Stars of David stand in silent tribute to the human cost of that supreme achievement on the beaches and hills. That place, too, was sublime and terrible – the gathered fathers, sons, uncles, brothers, whose lives were the price paid to free the world from fanaticism and tyranny. All the love lost, the dreams and ambitions never to be realized, presents a horrific scene.

At Normandy, the military achievement was astonishing, and in the cemetery was gathered the awful toll in lives, most of them younger than you graduates. This is holy ground.

Americans who visit Normandy leave with an inescapable question in their minds and hearts: Could this nation today accomplish such a feat of the spirit? Do we yet possess that human will? That courage and resolve?

That generation of our fathers who stormed those beaches lived in an America unlike our own. They came to maturity during the cruel Depression. Jobs and savings were lost. Crops were worthless. Businesses failed. They had no sense of entitlement to the comforts and opportunities of life. They had been formed by suffering and deprivation. Suffering and deprivation gave them strength.

Their generation possessed a religious-like reverence for authority. My father could never understand, in the later upheavals over the Vietnam War, why anyone could fail to do what the country required. In his view, the social contract was binding and absolute. America gives you its blessings. You give America your obedience. It was that simple. So when his generation was ordered on to the beaches and up the cliffs, on and up they went regardless of peril.

Our fathers’ generation returned from the war and transformed America. They immeasurably enriched our common life – in the achievements of science and culture, in the expansion of education, in the miracles of medical science, and in justice with the opening of opportunities to minorities and the disadvantaged. They served America in peace with the same devotion they gave in conflict.

Having made the lives of us – their children and grandchildren – so prosperous and free, had our fathers unwittingly deprived us of the character and resolve they possessed? We had not passed through their fiery furnaces. Can we, could we, meet a comparable challenge in our time?

Consider the world experience of these graduates whom we honor today. You have seen the end of the Cold War, the creation of a political union in Western Europe without war, the global spread of democratic ideas and ideals, the creation of a prosperity so great that the perennial problems of human want may actually be addressed. There is the emerging outline of a world in which the needs of the least among us become the common obligations of all. This university’s prophetic motto – Pro Humanitate – has been marching in great strides from the domain of the ideal to the real.

We had thought today to send you forth to a world of peace with the charge that you continue the extension of this ideal to men and women everywhere. But that hopeful and fortunate prospect for your common future collapsed with the World Trade Center in September. 9/11 is yet another “date that will live in infamy,” marking the beginning of another awful contest of belief and will.

Thus the question of our national character that Laura and I pondered at the beaches and cemeteries of Normandy those years ago is no longer theoretical. Do we have the weapons of the spirit this new challenge will require? Can we in our time sustain the blessings and freedoms of democracy against a new tyranny?

It may be years before we know. This new struggle has just begun. But I came upon my own answer a few weeks back when I made another pilgrimage to another sacred battlefield – Ground Zero. That scene, too, is terrifying in its vast emptiness, in the void where once proud towers stood. There, too, was witnessed a supreme test of human commitment – firemen charging into doomed buildings, police officers and ordinary citizens acting with resolve in the face of disaster. Our citizens were tested and they were not found wanting.

There is not a cemetery as such at Ground Zero, but as you walk toward neighboring St. Paul’s Church there is a cluttered impromptu urban landscape of sorrow that is as compelling as the cemetery in France. For blocks around, there are numberless memorials of every kind – flags of many nations, posters, banners, flowers, caps, dolls posed postures of grief, messages in all the languages of mankind, shirts and shoes, and prayer rugs – each containing inscriptions of memory, love and resolve. As I passed, there came over me that familiar sense of sacred space that brought to mind our visit to Normandy. It is a holy place. Someone told of seeing a Muslim unroll his prayer rug and pray toward Ground Zero as toward Mecca.

This new Normandy – on American soil – made holy by the noble sacrifice of all who were lost, has evoked a remarkable sense of resolution in America and around the world. We graduate you, therefore, to a nation and a world now dangerous, where you must protect for your time the cherished ideals of freedom, equality, and human rights from the assault of a new tyranny.

You may suppose that in summoning the spirit of Normandy and Ground Zero, the virtues and values I am holding up for your lives are those of the warrior. Not at all. The only measure of our capacity to love beyond our circle of affection is the willingness, readiness and capacity to sacrifice – and to suffer if need be – that the objects of our devotion and the moral and spiritual aims of our lives be advanced. To love is to serve, if need be to sacrifice, for the purposes to which we devote our lives.

Some of you, indeed, may take up arms. Most will choose different weapons. But the war and the enemy are the same. We must do battle against all those foes, ancient and modern, which prevent men and women everywhere from achieving their rightful places in the commonwealth of love – the birthright of all God’s children of every race and tribe.

You are the children and grandchildren of those who died at Normandy. You are the brothers and sisters of those who died in the terror of 9/11. From them you are given your challenge. I am confident in your character. We must strive for a world in which the motto of Wake Forest becomes the guide of men and women everywhere. Using all the weapons of your minds and hearts, go and bring that world to pass.

Todd Beamer, on ill-fated Flight 93, summoned his fellow passengers to heroic sacrifice. He also calls you to a life of service Pro Humanitate – LET’S ROLL.