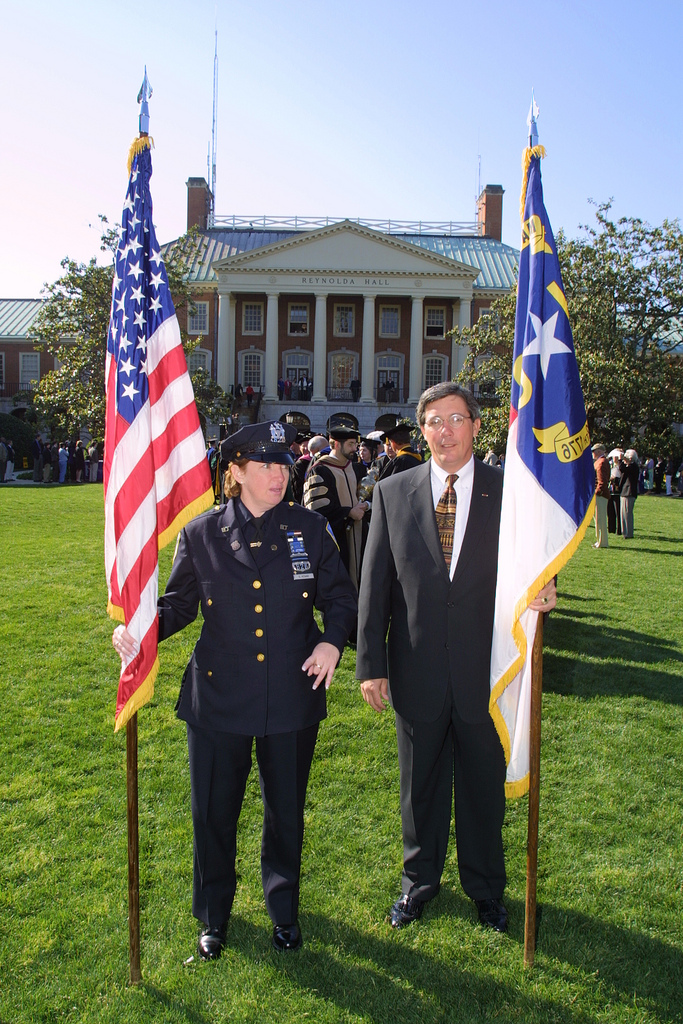 Susan Keane, a police officer with the Port Authority of New York and New Jersey, was honored May 20 during Wake Forest University’s 160th commencement ceremony on University Plaza.

Keane was one of the first responding officers to the World Trade Center on the morning of Sept. 11.

During the morning ceremony, Wake Forest President Thomas K. Hearn Jr. presented Keane with the American flag that was flying over campus on Sept. 11.

Hearn also presented Keane with a citation that read, “From more than five states away, the Wake Forest University campus community mourned the lives that were lost and grieved for the broken hearts of those left behind. We drew strength from the example set by Officer Susan Keane, her colleagues, and all the emergency workers who responded to the World Trade Center attack.”