Pillars of the community

By Kerry M. King (’85)
Published in the June 2002 edition of Wake Forest Magazine 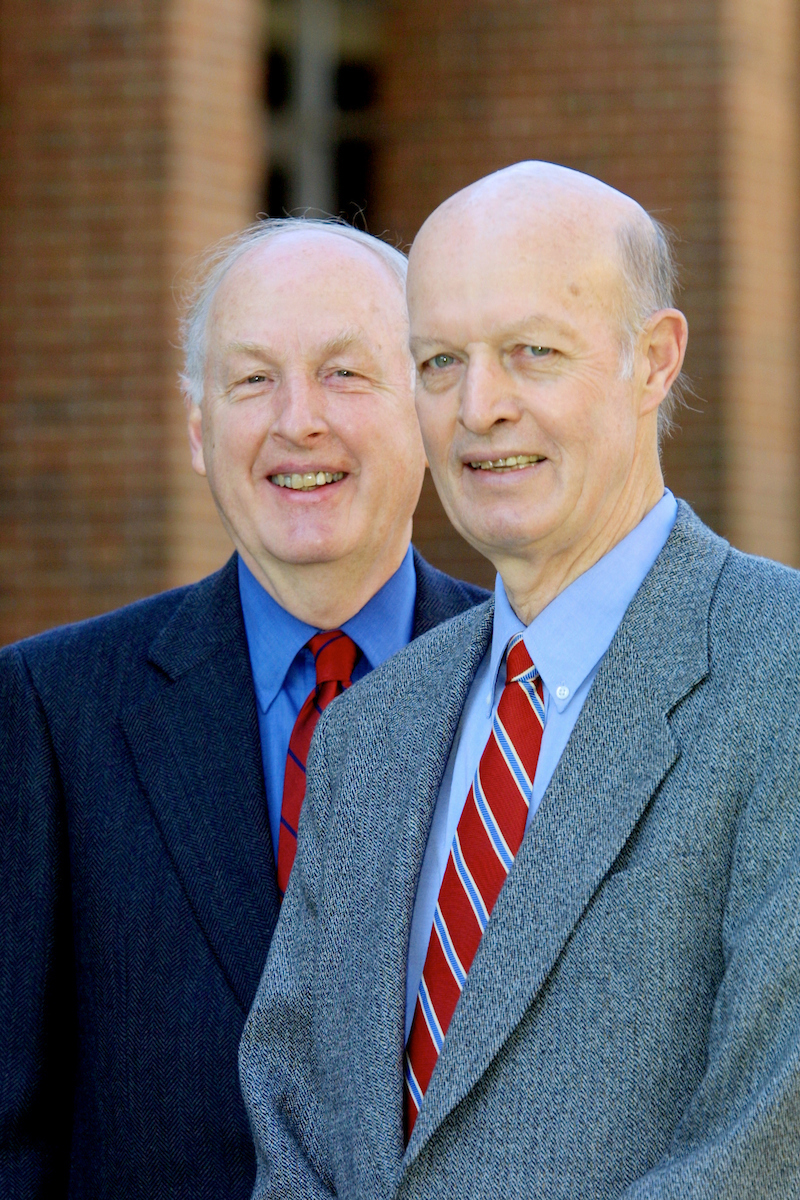 The study of political science expanded rapidly at American universities in the 1960s. Split off from the history department in 1957, Wake Forest’s politics department was coming into its own. Five professors joined the two veteran professors in the department in 1964, and four of them — Jack Fleer, Dick Sears, Carl Moses and Jon Reinhardt — would remain with Wake Forest for the rest of their careers.

Over the next two years, David Broyles, Don Schoonmaker and Jim Steintrager joined the department, and they, too, would spend the rest of their careers at Wake Forest. Along with department founder C.H. Richards, they would define the department’s direction for much of the next 30 years. Only two other tenure-track professors were hired in the rest of the 1960s and none in the 1970s. But three of them would die early — Steintrager in 1981, Reinhardt in 1984 and Schoonmaker in 1993. Richards retired in 1984, followed by Moses in 1991 and Broyles in 2000. Now, the retirement of the last members of that group, Fleer and Sears, marks the end of an era.

“Political science had become such a popular major that in the 1960s there was an unusual growth in the size and quality of the department,” said Provost Emeritus and Professor of English Edwin G. Wilson (’43), who as Dean of the College helped hire many of those professors. “We were only eight years removed from the old campus, and we were casting our nets wider beyond our North Carolina base. The future of the department was going to be determined by these new people. Tragically, three of them died young … but Jack and Dick were among those who continued to provide the stability and strength that the department needed. They ensured that the department remained strong and that it would still be an attractive place for students to take classes.”

For generations of students, Fleer’s introductory course on American government and politics was a staple, while Sears opened the doors of overseas study for thousands of students as the founder and long-time director of international studies. Both remember their early days at Wake Forest as an exciting time.

“Most of us were from parts of the country other than the South, so it was part of that transition as Wake Forest moved toward becoming a national university,” added Sears, whose specialty is international politics. “As a result of the faculty growing, the curriculum expanded as we tried to get a broader range of courses and fill out the four areas (American, international and comparative politics and political theory).”

Fleer has been interested in politics as far back as he can remember. As a young boy growing up in Missouri, he cut out newspaper articles on national issues and wrote to different politicians because he “wanted to know what was going on in the world.” For the last four decades, he’s tried to help his students understand what’s going on in the political arena and to encourage them to be active in the arena. Although he has never run for public office, he said it’s important to be involved and “take responsibility for shaping the political system,” and he has chaired and served on numerous committees at Wake Forest as well as public-service boards in Winston-Salem and North Carolina.

“Teaching keeps you young,” Fleer says. “You’re always encountering active, increasingly younger minds. You encounter changing perspectives and re-think ideas that you have and consider new things brought to you by students.”

He has written extensively on North Carolina politics and is often quoted in newspaper and magazine articles and on television and radio. For the last several years, he has been working on a book on North Carolina governors and counts among the highlights of his career an interview with former Governor and U.S. Senator Terry Sanford right before his death and interviews with Robert W. Scott, Jim Holshouser, Jim Hunt and Jim Martin. He served as chair of the politics department from 1969 until 1977 and again from 1985 -97 and directed North Carolina Boys’ State at Wake Forest from 1965-1987. He also served as director of Worrell House in 1979 and 1994 and Casa Artom in 1988.

“Jack has been an important spokesman for the faculty, calling attention to faculty needs and concerns,” Wilson said. “He has been a successful faculty member in all three of the traditional areas‚a teacher year in and year out; he was always productive in his area of North Carolina politics; and he served on committees any time he was asked.”

Sears, a native of Massachusetts, received his Ph.D. from Indiana University. “I had this romantic notion that I would stay at Wake Forest two or three years and then go back to the Northeast,” he recalled. “But I liked teaching at Wake Forest. And I have been able to do a lot of the things that I enjoyed doing and have had the opportunity to teach the kind of courses that I was interested in teaching. Fortunately I had enough students interested in the material that I was teaching to make the work very satisfying.”

Fleer and Sears arrived at Wake Forest just a year after the assassination of President John F. Kennedy. The war in Vietnam, and the anti-war movement, was heating up. New President Lyndon Johnson had declared war on poverty and was continung Kennedy’s civil rights program. Sears remembers students marching on former President James Ralph Scales’ home (now the admissions office and Welcome Center) to protest the war and demanding that classes be cancelled. Scales refused, but Sears and others organized programs that focused on the war.

Years later, following a student-organized symposium on Vietnam in the mid 1980s, Sears started teaching a class on the Vietnam period that has become a student-favorite as well as his own. He will continue to teach the course each spring for another three years. “Students will come up to me and say that their father or uncle was in the war, but don’t want to talk about it. I wasn’t in the Vietnam War, so they may have been skeptical of what we were teaching, but I tried to take a balanced approach and present a range of views. Hopefully this has opened up some dialogue.” Sears will also continue his research on Graham Martin, the late Wake Forest alumnus who was the last ambassador to South Vietnam.

In 1986, Sears was instrumental in gaining a $500,000 grant from the Pew Memorial Trust for Wake Forest to start the international studies program, which Sears directed until stepping down in 1999. “Given America’s role in the world, international studies should be a large part of our students’ education,” he said. “I really enjoyed that time. It provided wonderful opportunities to do a lot of things.”

Although Wake Forest already had residential programs in England and Venice, during Sears’ tenure programs were started in Japan, China and several other countries and an international studies minor was added. “Dick has been in the middle of almost every international effort we’ve had,” said Wilson, who recalls Sears as a “delightful and informed traveling companion. He is personally responsible for much of the growth in international studies that we’ve had over the years.”

In addition to continuing his teaching and research on Vietnam, Sears also hopes to become more active in environmental causes. He and his wife, Ilene, are renovating his family’s 1840s era homeplace and farm in Massachusetts and he expects they will spend half the year there. Fleer hopes to do volunteer work in adult and childhood literacy, travel with his wife, Martha, and spend more time with his five grandchildren.

“Jack and Dick have been pillars of the faculty community,” Wilson said. “All those old-fashioned virtues apply to them: strong family men, rock-solid, dependable, thoughtful and men of absolute integrity.”