Hope — in the voices of Africa 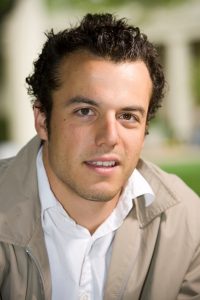 I packed my bags in August of 2002. Two big, green, cheap suitcases, bursting at the seams and my traveling companion for many years — my bulky golf travel bag. I will never forget the tears that rolled down my mother’s face as she hugged me goodbye — absolute freefall to the indifferent African soil. She had made sure, in her motherly way, that I had packed everything short of the kitchen sink. My father was never a man of many words and his offering was not unusual: “Take care, study hard, don’t do anything stupid.” Wise.

The ten-minute drive to the smallest international airport in the world was shorter than normal; perhaps it was the nervous anticipation of sitting on a million-pound toaster as it sputtered twelve thousand miles across the Atlantic Ocean that made it quicker. Or, perhaps it was because I was about to leave everything I had ever known — my family, my friends, my house, the wild. I was leaving Africa for the first time in thirteen years, and neither my family nor I had the slightest clue where I was going. Well, we knew where I was going — Winston-Salem, North Carolina — but we hadn’t the slightest clue what it looked like. A Big Leap.

As I looked out the window — climbing to 30,000 feet — I whispered goodbye to the colorful ground; my body was leaving, but my heart couldn’t let go. I can still, to this day, four years later, see the smiles on the faces of the children, homeless children, who roam the streets searching; searching for their parents, for money, for food, for hope. Their smiles live with me. Sometimes when I sleep, I can still hear the voices of my life — night crickets, lion’s mating calls, my father’s advice, my friends’ laughter; I can still hear the voices of Africa. I still hear them sometimes, in my sleep.

The reality however, what I wake up to, has changed. Winston-Salem is not the South Luangwa Valley, and Wake Forest is not downtown Lusaka — where poverty is a billboard. Here — materialism reigns, fashion is king, and the expense account is the law of the land; from top to bottom. Money rules the heart of the people: wealth, power, influence.

The smiles are shallow and superficial, and the eyes of the people who pass me on campus are not the welcoming eyes of the poor, hungry, street child, but the desperate prisoners of a materialistic nineteen-year-old whose only concern is how much it is really going to take to get drunk tonight — and whether dad will pay for a new outfit for the weekend party. Ignorance is in, generosity is out. It is an interesting bubble — a false little world where emotions are on the surface and ‘friends’ give each other one-arm hugs while they stand six feet away; physical touch is taboo, true friendship is ephemeral, and gossip, shopping and alcohol are ‘true’ pastimes.

I have made a thousand ‘friends’ here at Wake Forest University, but only two or three REAL friends. It has been a time of self-monitoring, self-awareness, emotional individual growth and, of course, extreme independence. At a school, one that boasts to be accepting of all cultures and a diverse campus, where mainly work-study students are hired for on-campus jobs, your name is “The Foreigner,” financial aid is NOT offered to international students, and where the administration’s motto is “Make it easy to get in to, but hard to graduate from,” it got really lonely. It was easy to find the enemy in everything and everyone. It was here, at this emotional crossroads, where I found myself.

I thought I loathed the bricks I walked on. Hate is an easy thing to revert to; it was scary how easy and natural it felt to want to hate something. And once you let hate move in, it’s like the guest that never wants to leave — like a weed, it festers, and grows, and it swallows you.

It was here, the place in my heart where my present was haunting me — the same place where my past would save me. It was the voices of Africa: the laughter of the African children knows not of hate and although they know poverty all too well, hope has taken lodging in their beating little hearts; sometimes all it takes is one of those voices — one of the reasons you are who you have become, to help you realize that life is the greatest gift of all, love is the only thing that matters, and that hope resides in all of us. It is this, of all places, that taught me that.

This senior oration Nemanja Savic (’06) was one of three winners selected at the 2006 Senior Colloquium and presented at the Honors and Awards Ceremony on May 14. The other winning orations were “The Bubble Experience” by Andy Lobashevsky (’06) and “Impossible Questions and Questioning the Impossible” by Emily Leonhardt (’06).