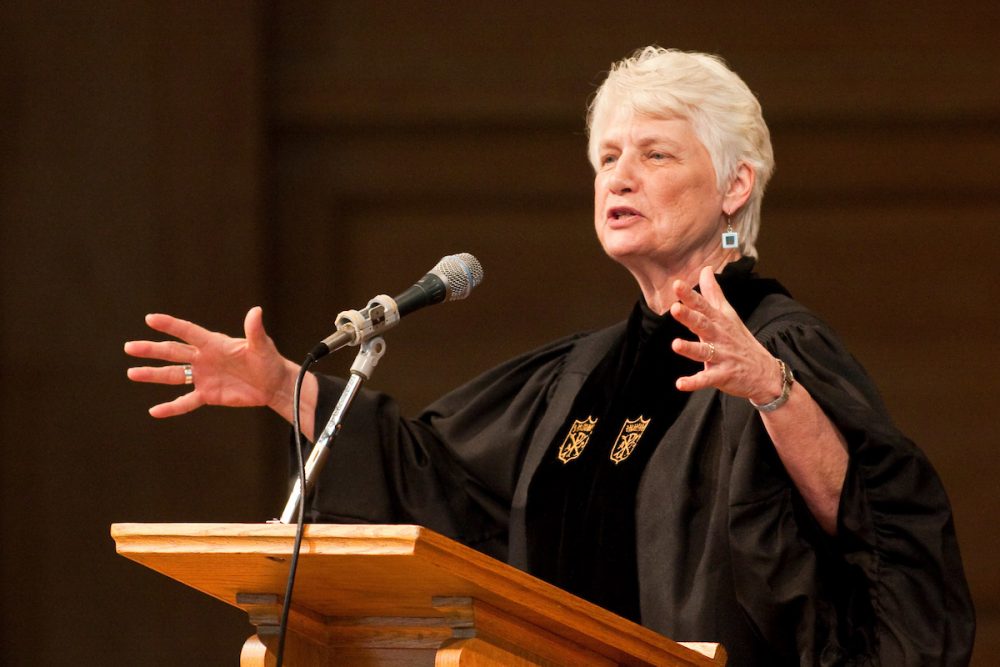 Congratulations — to the class of 2009 and to your families. I wish I knew you better, but you can help me get acquainted by answering a couple of simple questions. Don’t worry, they’re not hard — and you won’t be graded. How many of you graduates have a facebook page? Now, parents, raise your hand if you have a facebook page? Just one more: how many graduates list your parents as facebook friends? If someone said to me: “Choose one chapter of the Bible that speaks your vision for the world and put that chapter on your facebook profile,” Isaiah 58 could well be my choice. The prophet calls for true worship rather than empty rituals, an end to injustice and oppression, bread for all who are hungry, and shelter for the homeless poor. Then the wonderful promise that when we call for help, God will answer, “Here I am.”

But that isn’t exactly how the prophet says it. I made statements.Isaiah asked questions: “Is not this the fast that I choose?” That’s awkward, hard to say. The question slows us down. “Is it not to share your bread with the hungry and bring the homeless poor into your house?” Why did the prophet ask questions — questions that assume we know the right answers?

The Bible is filled with questions: “Where are you?” was God’s first question to Adam and Eve in the Garden. Not long after, God asked Cain, “Where is your brother?” Cain answered with a question: “Am I my brother’s keeper?” The questions move into the New Testament: “What is the kingdom of God like? Who made me a judge over you? Which of these was a neighbor to the man? What is truth?”

“Is not this the fast that I choose…” asks God. Questions keep bothering us, tugging at us, begging us to answer. The life of faith is far more dynamic than a list of statements, more difficult and exhilarating than a book full of answers.

Isaiah not only asks questions, he comes close when I might like to keep my distance. “Is it not to share your bread with the hungry and bring the homeless poor into your house?” I give to our church’s world hunger appeal and our congregation serves lunch on Saturdays to people who are hungry. But I don’t invite the homeless poor into my apartment. Well, once I did, years ago when I was a new pastor. A young couple came to the church door. It was a long story. They had no place to go, just two young people with one suitcase. And a tiny dog named Lief. At least I thought they said Lief (as in Lief Erickson — a good Swedish name, like mine!) Turned out his name was “Reef” as in reefer, as in weed, as in marijuana. I was not naive — but I let them stay. They stayed two weeks then asked for a ride across the GW bridge to hitch a ride to warmer weather in Arizona. Members of the congregation said I could have been murdered in my sleep or robbed — or the church could have been robbed since I lived on the third floor. None of this happened, but I have never invited homeless strangers to stay with me again.

It’s just too hard, isn’t it? Too dangerous, too time — consuming and never enough. The prophet knew this — knew it was hard. Isaiah was writing to people trying to rebuild their lives after years of exile. Everything was in ruins and the temple had been completely destroyed. If there had been a stock market the arrows would have been pointing down for forty years. Most of the Bible was written during tough times when people saw little reason for hope. They looked around at the ruins of Jerusalem, at the meager resources they had and they asked God, “Now what?” God asked them the same question. Now what? What will define you as my people? Will it be putting on sackcloth and ashes? “Is not this the fast that I choose…?”

Isaiah’s words can make us feel only guilty. Barbara, why don’t you share more of your bread with the hungry? Why don’t you bring the homeless poor into your house? “God, don’t you know how hard these times are? Many of these people have worked four years, spent thousands of dollars and now there are no jobs! You want them to feel guilty the day before their graduation?” Maybe a little. “Guilt is the guardian of our goodness. Without it we would be less wholly accountable for our lives. The challenge for each of us is to learn to distinguish authentic guilt from false guilt. False guilt lures us from a focus on what we have done to an absorption with how bad we are. The mood moves from ‘I have failed here’ to ‘I am a failure.’” 1 If I am a failure, nobody can expect me to do anything. Besides, the needs are simply too overwhelming.

That’s why we need the mustard seed, the tiny seed Jesus talks about in his parable. He may not have been scientifically correct when he said it was the tiniest of all seeds but his point was still clear: something very small grows big enough to provide shelter. Jesus is also playing with this parable. There was a well-known prophecy that promised that someday God’s people would grow up from the stump of destruction to become a mighty cedar tree. Jesus knew that prophecy, he knew the expectations. But there’s no tree here! Instead, the tiny mustard seed “grows up and becomes the greatest of all — shrubs!” That’s it? A shrub? But we wanted a great tree!

Now what? Your years at Wake Forest are almost over, now what? Poet Mary Oliver asks the question this way: “Tell me, what is it you plan to do with your one wild and precious life?” 2 Remember Isaiah’s questions. Remember also the mustard seed. One woman — Wangari Mathai — saw her beloved Kenya stripped of its trees as poor people foraged for fire wood. The land was as bleak as Jerusalem in the time of Isaiah. She started alone, then gathered more women, to start the Greenbelt Movement. Together, the women planted 30 million trees across Kenya. On the day she received the Noble Peace Prize she took off her jewelry, knelt down in the dirt and planted another tree.

One man — Greg Mortenson — was lost in a snow storm while mountain climbing in Nepal. He ended up in a poor village and was treated with great kindness by Muslim people who had never met him. He promised that he would return to that village someday to build a school for boys — and for girls. If you’ve read his book Three Cups of Tea, you know he’s been back many times, often alone, to build schools in the most out-of-the-way places.

“I could never do that.” Is that what you’re saying? You probably know it was a college student who started Teach for America. Wendy Kopp was a senior when she made the proposal and somehow raised $2.4 million to get it started. From that small seed, 20,000 college grads have signed on. Did she change the educational system in the United States? No, but this program has surely grown into a mighty shrub – reaching 400,000 students every year, more than 3 million since the program began.

Now what? God’s questions keep coming, no matter how you name God. Let those questions tug at you, bother you, engage you.

Tell me, what is it you plan to do
with your one wild and precious life?

1 Evelyn and James Whitehead quoted in George Johnson, Beyond Guilt, 56 and 57 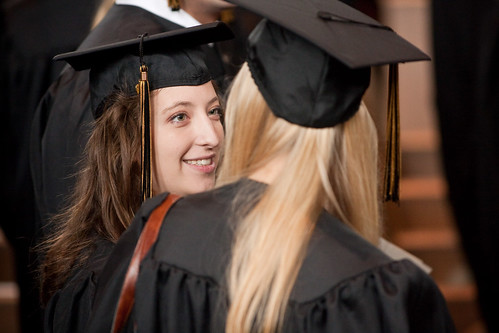 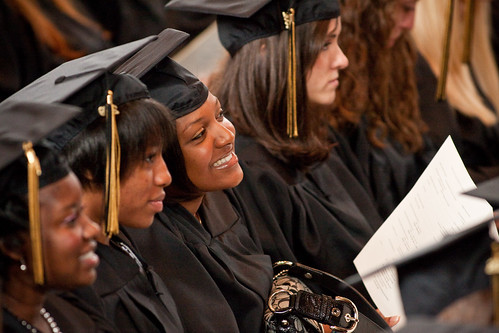 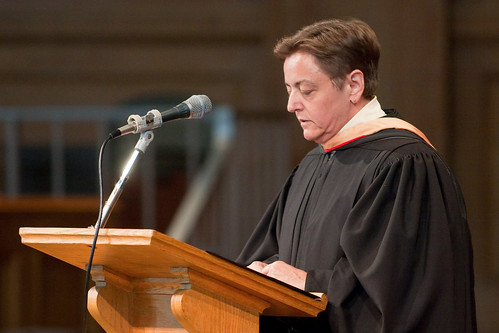 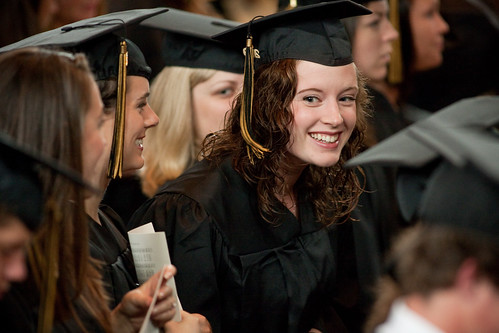 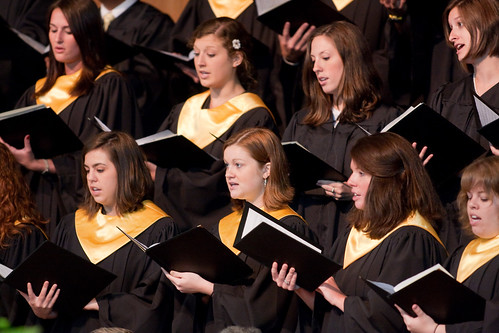 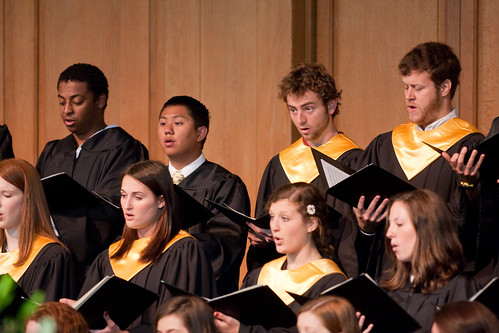 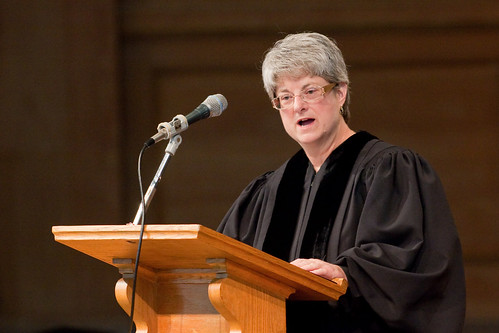 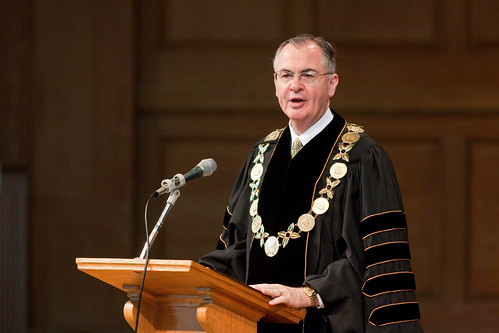