Following his address to approximately 1,500 Wake Forest graduates and an estimated 15,000 assembled guests, Biden was awarded an honorary Doctor of Laws degree. 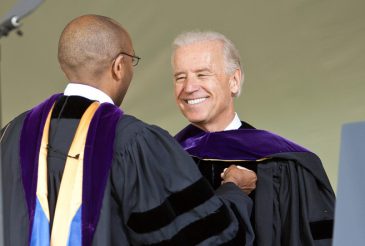 Biden graduated from the University of Delaware and the Syracuse University College of Law.

In addition to Biden, seven other honorary degrees were awarded during Wake Forest’s commencement ceremony. 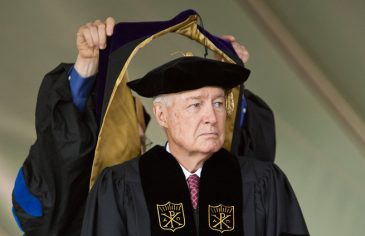 Holding has been a loyal supporter of Wake Forest for many years and established the Robert B. Holding Scholarship and the First Citizens South Carolina Scholarship.

He was presented with the Distinguished Alumni Award in 2009 and received his Bachelor of Science degree from Wake Forest in 1952. 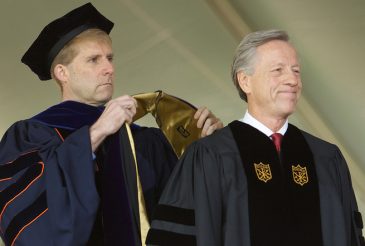 Allen Joines, mayor of the City of Winston-Salem, was awarded an honorary Doctor of Laws degree.

Joines has been mayor of Winston-Salem since November 2001. His focus has been on rebuilding the local economy through recruitment of new companies and bringing employment to the area. He has been committed to bringing about racial healing and fostering a unified community, and he has received numerous awards for his leadership successes in this area. Mayor Joines received his Bachelor of Science degree from Appalachian State University and his Master of Public Administration degree from the University of Georgia. 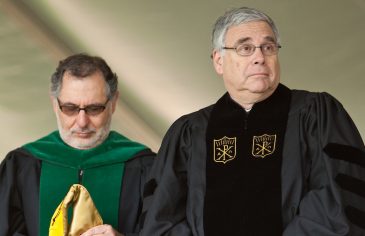 Dr. Richard David Krugman, vice-chancellor for health affairs, dean and professor of pediatrics at the University of Colorado School of Medicine, was awarded an honorary Doctor of Science degree.

Krugman has been a strong advocate for neglected and abused children and has received numerous awards and honors for his accomplishments in this area. 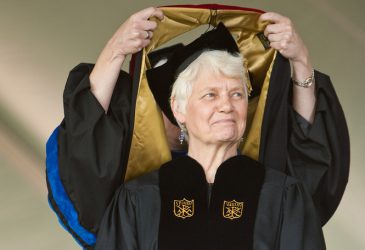 Before accepting her current position, Lundblad taught homiletics at Yale Divinity School, Princeton Theological Seminary and the Association of Chicago Theological Schools. She has served as pastor to several Lutheran congregations and lectured at a number of educational centers throughout the United States. She received her Bachelor of Arts degree from Augustana College, her Master of Divinity degree from Yale Divinity School and her Doctor of Divinity degree from Lutheran School of Theology in Chicago. 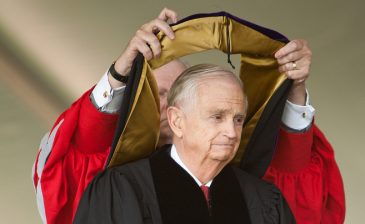 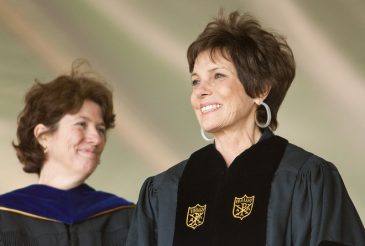 Russert, scheduled to be the 2009 Wake Forest commencement speaker, died unexpectedly of a heart attack in June 2008. Before his death, he was the managing editor and moderator for “Meet the Press” and political analyst for the “NBC Nightly News” and “TODAY” programs. In addition, he served as the senior vice president and Washington bureau chief for NBC News. He received his Bachelor of Arts degree from John Carroll University and his law degree from Cleveland-Marshall College of Law. 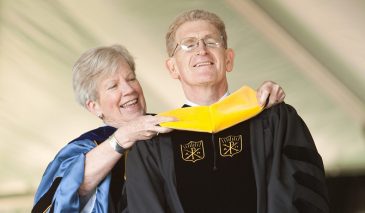 Schoomaker has served in his current post since December 2007. In addition to being a physician, teacher, scholar and mentor, he has been a professional military officer since 1970. Schoomaker received his Bachelor of Science degree from the University of Michigan, Ann Arbor, and his Doctor of Medicine and Doctor of Philosophy degrees from the University of Michigan Medical