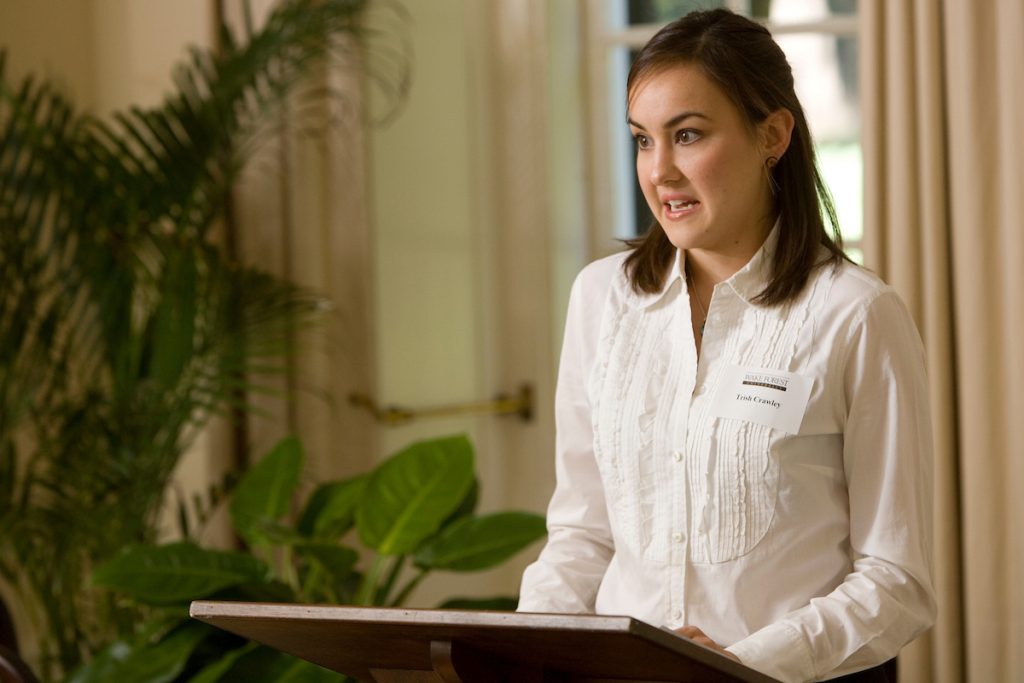 Oktoberfest is idealized as a time in which everyone puts aside their differences and comes together in the spirit of ‘Gemütlichkeit.’ Millions of people flock to this oversized county fair, sit together, and drink in camaraderie. My experience at Oktoberfest is one I will never forget. Maybe that’s because I had too few liters of beer, but more than that, it is because of the people I met.

My friends and I arrived in Munich Thursday night and planned to spend Friday and Saturday doing what you do at Oktoberfest: drinking beer and eating sausages. We first sat with a group of young Italians who came from Vicenza, about an hour away from Venice where we were studying for the semester. They were all extremely friendly and were intrigued by our status as Americans. One, Marco, was particularly anxious to exchange his “boring Italian life” for the excitement of America, land of white picket fences and golden retrievers. Interesting how anxious I was for the slower pace of the Italian countryside, because as everyone knows, the grass is always greener on the other side of the Atlantic. It will never be satisfied-the mind-never.

We eventually wandered into a smaller tent for some good German food. Five-strong, we sat at a picnic table with two older Italian men, neither of whom looked incredibly ecstatic to be in the company of five loud American students. I had the pleasure of sitting beside the two gentlemen. The instant they learned that we were American students who were living in Venice for the semester, they became quite hostile and hateful. “You’re Americans?” they asked. “I hate Americans.”

Before we came to Italy, our Italian professor warned us never to get into political discussions with Italians, considering the current situation in US politics abroad. It is naive to assume that people won’t associate us as individuals with the actions of our country, and stereotypes are tough to break. We all understood, but it is difficult to really comprehend blatant hatred until you are staring it in the face. I would be lying if I said that it wasn’t my first instinct to immediately get up and walk away, which is exactly what the rest of my group wanted to do. But unfortunately for them, I am notorious for my eternal faith in people, and though I’ve been proven wrong time and time again, it is simply beyond my capacity to see that much anger and pain in someone’s eyes and not ask why. To get up and walk away under the false pretenses of apathy would be to reinforce their stereotypes of Americans and thus justify their hatred. Hatred should never be justified. And so I sat there, and I listened to what they had to say, knowing that as the rest of my friends got up to leave, they would never forgive me. And they haven’t, but I had picked my battle.

I was very stubborn as a child, as I was the product of two very stubborn people. They had to be, as they’ve made it almost 25 years without killing one another. As I’ve grown older, I’ve learned to concentrate my stubbornness into my work, but I still have the vice of a quick tongue and have to be mindful of my approach to delicate arguments. I wanted to tell him why I wasn’t what he though I was. I wanted to prove that I was different, and I simply could not understand when he rolled his eyes and said, “I just want to eat my chicken in peace.” Sorry Signor, but I don’t give up that easily. Plan B: Ask and listen.

It’s amazing how honest strangers are willing to be if you will just give them the opportunity. It’s safer to trust strangers with matters of the heart because they cannot use it against you in any significant way. The gentleman sitting across from me, one out of half a million visitors that day, had a story to tell. And it was a matter of grave importance to him, a matter of his heart.

“I look around this place,” he said, “and I see the American flag flying with my own and it disgusts me. Europe, we have our problems too. Europe isn’t perfect, but America. America. I can’t even begin. Your president, your president … disgusts me.”

He continued, “Will you ever realize what you are doing to this world? What will it take for you to understand? Was New York City not enough? I hope something very big, very bad, comes your way. It’s a horrible thing to wish on someone, but you cannot go on this way. I’m not scared of you. What will it take?”

I sat there, assaulted again and again, blamed over and over for America’s selfishness, brutality and ignorance, and all I could do was sit there and nod my head. “It’s true, sir. I understand.” His eyes were afire, and he could strike me in a second. He had a lot of anger, and I was the only person he could take it out on.

The second gentlemen had been relatively quiet up to this point, save a few assertive grunts to affirm his friend’s statements. His English wasn’t quite good enough to voice his opinion, but he sensed my fear and raised his hand to stop his friend mid-speech. He touched my arm and gently said, “It makes me upset and angry that the countries cannot get along, you understand?” He was honest and sincere and when he looked in my eyes I could see his hatred toward me dissolve.

“I understand, sir, and it makes me very sad.” As I looked toward the other man I began to cry, embarrassed, ashamed, intimidated, and he finally understood who I was. I was a citizen in a country whose morals he despised, but I was also a young girl who understood right and wrong, who had feelings and emotions and who had been greatly influenced by the political and social situations of the world. I cared about him and about what he had to say, and I stood for something he believed in: kindness and compassion.

When I walked away from that table, I realized that there are some battles you just can’t win. You have to choose carefully, because to lose a battle means you have destroyed lives for the sake of your own vanity. But the outlook is not always so grim. Occasionally you win, and when that happens you know that you have created a little bit of hope, precious rarity, in each of the lives involved, including your own. I am not naive enough to believe that I won the war against Hatred in this world, or even in the lives of those men. For Hatred is a force to be reckoned with, and it takes much more than an hour with a random stranger to weaken its forces in the least. What I do believe, however, is that ignorance, fear, anger or apathy are no more than reflections of the morphology of Hatred and are of the same breed. It is stubborn, persistent and of Titanium-strength, and the only thing that can cut through and destroy it, is Hope.