A Few Thoughts on True Freedom 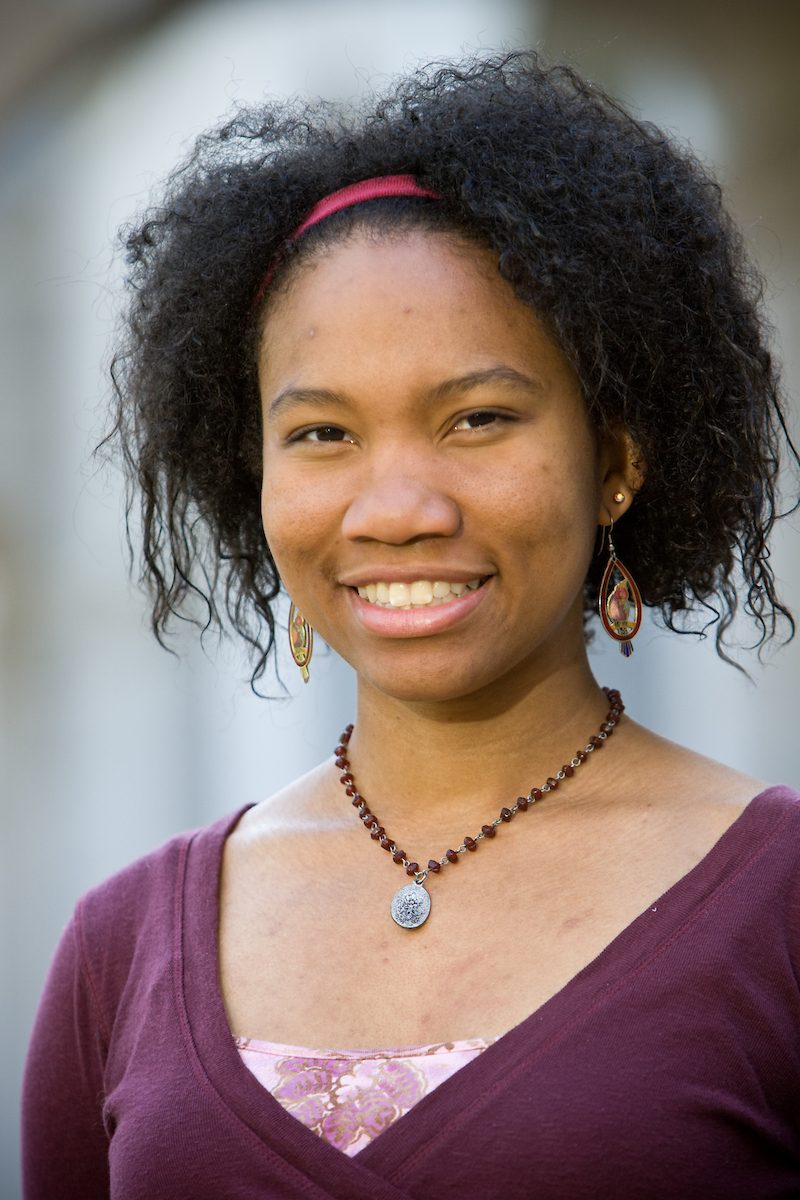 Over the past four years, my time at Wake Forest has opened the eyes of my mind and helped me to better understand who I am. For these few thoughts, I wanted to share my story void of any discussion of my race. I realize now that that is impossible. I can’t ignore what God has predestined me to become. Sometimes I feel trapped in a series of manmade institutions composed of problems that we are all aware of, but cannot fix. Perhaps one day when we finally transcend from this physical bond we will ascend into heaven or a nebula of understanding and acceptance. That will be the ultimate freedom.

But what exactly does it mean to be free, not as in the emancipation proclamation freedom, but to truly be free. Freedom for me would be if people could just look past my two most prominent identities, my race and my gender. Like a baseball game, someone once told me that my identities are two strikes against me: “One, you’re a female and two, you are black.” The words, though nothing new to my ears, have been on my mind ever since that day. Never did it come in such a neat little package about who I will struggle to become for the rest of my life.

So, what’s the third strike? If I speak my voice on a topic I’ll be considered opinionated? If I receive a degree from a HBCU will I struggle to find a good job like my parents did? If I want to be a success in life like Oprah, Colin Powell or even Condoleezza Rice, will people say I am pulling from my race? With this final strike will I be out? And what does it mean to strike out in life?

I realize the severity of this issue, but I ask you to take it from a different perspective. I’m a psychology major. I want to pursue a doctorate degree in psychology and study about discrimination in society. However, is the reason for pursuing this path because I am a slave to my identity? I feel that when people of certain races can look beyond what “ethnicity” they put on an application their minds are free to enjoy other qualities of life.

I wish I were free to think of other things than whether I entered school based on Affirmative Action and whether those who perceive me overgeneralize my behavior to my whole race. From waking up daily to see myself in the mirror right down to my research interests in psychology, I constantly remind myself that I am a product of my society. If I were free to think on my own terms maybe I could be a surgeon, maybe a lawyer, an architect or even an astronaut.

What hurts more than believing that society has shaped me to become the person that I am now, is the fact that I have stood in my own path. My lack of becoming a psychiatrist for an irrational fear of the MCAT is only partially due to my teachings that women are not good at sciences. I can’t blame anyone, but myself. Therefore to conquer the world, I must first conquer my external barriers along with my inner demons.

These inner demons are within us all and some have a better ability to be suppressed than others. Racism could be viewed as an uncontrolled demon. I have been blessed to never encounter threatening hate crimes, but I would lie to say that I have not experienced overt racism in my past four years here. All the people that attend Wake Forest are not as architecturally perfect as its campus.

I remember telling a group of my peers in the Black Student Alliance about being excluded from an activity for not having the right type of “look.” One boy spoke up and said as minorities we should just “not go where we aren’t wanted.” I retaliated and told the boy that incidences fueled by prejudice would continue even if you try to avoid the situation. I wish I could have told him how his words were promoting the ideals of segregation. For one, that boy, an African American boy, wouldn’t be attending this school if it weren’t for our black foreparents who were among the first to attend this school. If we allowed ourselves to be afraid to go where we aren’t wanted then that would only sustain the ideas that we are inferior.

This concept of going where you are not wanted includes people of all races, genders and social statuses. Any exclusive or competitive arena of life, though difficult and discouraging, I encourage you to step out of your comfort zone and pursue your dreams. It applies to women who want to pursue careers in a sexist job market; Americans who desire to help the overlooked Africans threatened by genocide; and for those of you who find yourself reliving the unaccomplished dreams of your parents.

If there’s something that you want, you must pursue it at all costs to the point where you stop caring what others think about you. I believe that Dr. Martin Luther King’s daughter, Dr Bernice King said it best. Two years ago in Wait Chapel for a Martin Luther King Day event, Dr. King delivered an eloquent speech to the Wake Forest community stating that we should strive to become a misfit or someone who is unable to adjust to one’s circumstances. Several examples would include role models and leaders, such as our savior Jesus Christ, Mahatma Gandhi, Nelson Mandela, Moses and even her parents Martin and Coretta Scott King.

Strive to be like these “misfits” who are not satisfied with their situation and desire more from life and more for the people around them.

I always believed that prejudice was caused by ignorance. It can’t be ignorance alone, because that would only be an excuse to hate people who are different. For the most part people are aware of their prejudices, though that doesn’t justify discrimination. I believe that discrimination is caused by an unconditional hatred. This is an emotion where people exhibit contempt for each other based on nothing but having differences between them.

Hatred has a convoluted definition and even the justice system has difficulties classifying “hate crimes.” Hate crimes are usually just extreme cases of assault or murder fueled by prejudice. For what reason do evil acts like this exist? From the serpentine Devil in the Garden of Eden, to Al Qaeda in the Middle East, and the KKK on American soil, the evils of life have remained constant throughout the ages; although, what is considered evil depends on one’s perspective.

Our life dangles in a web of our experiences and we are sometimes unable to discern good from evil or the truth from fiction. Does it have to be this way? Do people truly think for themselves or do they allow the people before them and around them to influence their decisions? Would racism and sexism still be prominent in a world of free thinkers? My answer is no. So, if you want to shake the shackles of ignorance from your wrists, I challenge you to take the idea of being a free thinker with you when you leave.