By Jae Haley
Wilkesboro, NC
Major: English with a minor in Journalism
Future plans: Teach English for one or two years before returning to graduate school for a PhD and teach at the college level. 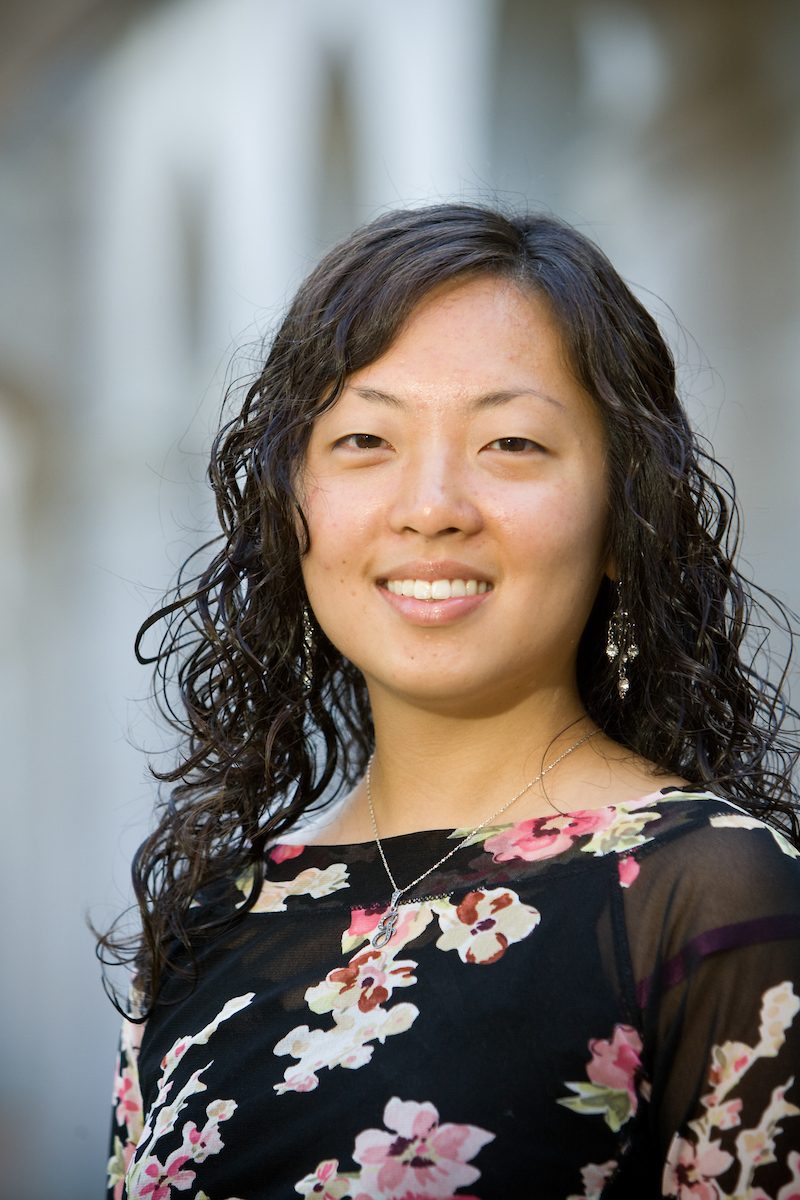 In my sophomore year, I learned from my English professor that “Our age is retrospective,” and furthermore, that this tendency to look back is quite nearly a sin, preventing us from discovering truth, individualism, vitality. Today, I would challenge my professor and the words of Ralph Waldo Emerson having found wisdom and maturation as the result of retrospection.

Is it even possible to not think retrospectively, to not ruminate over the past and how it has shaped and will shape a later time? Indeed, it is near impossible to prevent one’s mind from delving into the interiors of the past and even more so for my fellow seniors and me. Poised on the liminal boundary between “college” and “life,” we have no choice but to reflect on the past four years and what momentum we have derived from this experience to carry us into adulthood. Rather than being a fault of our natures, this unique vision is a necessary gift without which our history bears no meaning. Emerson lied to me — to be retrospective is not ruinous for one’s personal growth. At that first reading I believed Emerson was correct, but after a period of retrospection I was able to clearly recognize the virtue of looking back.

As an English major, I have exclusively lived in the past and profited much from long-dead geniuses and their works. Foolishly I always derided my fellow Tribble dwellers, the history majors, for their immersion in the past, believing they had surely lost sight of the immediate time. I failed to appreciate their studies in history at that same time I quoted Thoreau, venerated Keats, and befriended Shelley. However, I can claim no harm to my person even after four years of working among the dead: these writers and the professors that have taught their works have energized my life in countless ways.

Within sublime poetry and prose, I discovered the maxims and philosophy that have and will continue to chart my course. I would agree with William Wordsworth who writes, “The thought of our past years . . . doth breed / Perpetual benediction.” Wordsworth would prove to be a potent remedy to Emerson as he taught me that our memories comfort us, even when we know they are forever in the past.

Emerson is the father of American literature, while Wordsworth founded the Romantic movement in England-quite fittingly, the two authors marked the beginning of my studies in English but also my education beyond Tribble Hall, MLA, and the written text. Most of my personal growth must be attributed to the four-year war between myself and the writers whom I studied with such worship. With each essay, I was inevitably reminded of the vast genius of that particular writer and consequently, its absence within my own mind that relegated me to writing a simple paper, which most certainly had been written before.

One of my English professors often compares “scholars” of literature to leeches who suck the life out of the great writers of the past, using their intellectual property to feed one’s own. I became a leech who at once hated the process of reading, analyzing, and writing about others’ work but at the same time needed those poems and novels to survive. For four years, I navigated the balance between praising the work of another and acknowledging my own limitations as a writer.

My studies in English literature offered an equally rich education in self-loathing and how to find one’s niche in a landscape already populated by the perennial genius of others. I felt dwarfed not only by Emerson, Milton, and Joyce but by my fellow students. The overabundance of overachievers habituated me to the feeling of being inadequate. I wanted to rise above others but also over my belief that to be better than someone, to write the better essay, is an actual accomplishment. Instead, it is the depth of passion one has for something that distinguishes between the average person and the true scholar, the student and the leech.

Because of my genuine interest for literature, I achieved significant growth as a writer and reader of English. I know how to write a passable essay, and I have learned how to properly read a poem, which is in itself a tremendous feat. Paradise Lost no longer intimidates me but is one of my favorite works. My progress as a literature major has come at a great price, however. As I worked toward mastery in the field, I no longer could feel pure amazement when reading a poem or novel for the first time.

My self-imposed immersion in the jargon and methods of English scholars stole my sense of newness and emotional appreciation for a text, replacing it with technical knowledge about rhyme, meter, and esoteric allusions. I felt proud and saddened at the same time. Never would I read Keats’ “Bright Star” with the same innocence during the first read that instantly made it one of my favorite poems.

All seniors know exactly this movement from wonder to disenchantment-it is inevitable that we feel jaded and even frustrated after seeing and doing the same things week after week, semester after semester. Can anything be salvaged amidst the unrelenting pattern of routines, learning, and achievement? This is precisely the beauty of literature and the reason why everyone should have a favorite poem or book-the words, because they come from genius, are built to endure to eternity even after our exact memory of them begins to fade. “Bright Star” will always be one of my favorite poems; Wake Forest will always be one of my favorite places.

I have saved most of the essays I have written throughout my four years of English classes. Not infrequently, I will reread them and be struck by the unfamiliarity of the words though I myself once put them on the page. I will have forgotten exactly what I meant by certain paragraphs or how I came upon a particular idea. In these moments, I am reminded of Emerson who writes that sometimes our thoughts reflect back to us with a certain “alienated majesty.” My essays have prepared me for the retrospective glance I will take toward Wake Forest as its newest graduate. As I have reread my work and found only fragments of a former self, so I will remember my four years here, as a brief episode of my whole life. I cannot predict what ideas in my essays will remain with me, so I wonder what classes, what basketball games, what people will lodge themselves in my memory after I leave Wake Forest.

But, after four years of studying literature, I know that the first read is always different from the second, which is always different from the third, producing an endlessly interesting cycle of reading and interpreting. No read is necessarily better or more accurate than another since all the information we glean from them filters into the same place, the essay. Just as each read is infinite with possibility depending on how we choose to interpret it, such will be the case every time we glance back to Wake Forest. With each look, we may remember something new, or we may realize something that we didn’t see the first time; we may find a new appreciation. Most importantly, we will have written the history that we reflect on, not someone else. My essay is not as brilliant as Shakespeare, but it is mine.

Assiduous but frustrating work and then at once, the unexpected moment of revelation into the given poem or novel — this is the essay. This is also the college experience — my experience. For most of us, the difficult moments both academically and personally have outweighed the rare instances of reprieve, yet without one, the other cannot exist. These two types of moments comprising our histories combine to form a whole, though we can only recognize their poetic harmony retrospectively.

But as we look backward, it becomes increasingly difficult to remember which moments we endured, and which we enjoyed. The fragments of our experience-freshman year, senior year; fall semester, spring semester, English classes, math classes-form one massive yet indistinct memory. I have spent four years perfecting the craft of combining varied pieces into a cogent essay and a gratuitously long title. How the parts eventually come together I cannot explain. I do know that they are meant to be looked over, reread, and remembered. The experiences whose meaning is now vague may assume a new significance for our later selves. I hope that my age will remember to be retrospective so that we will retain the pieces of Wake Forest that have taught us much-and made up our histories.